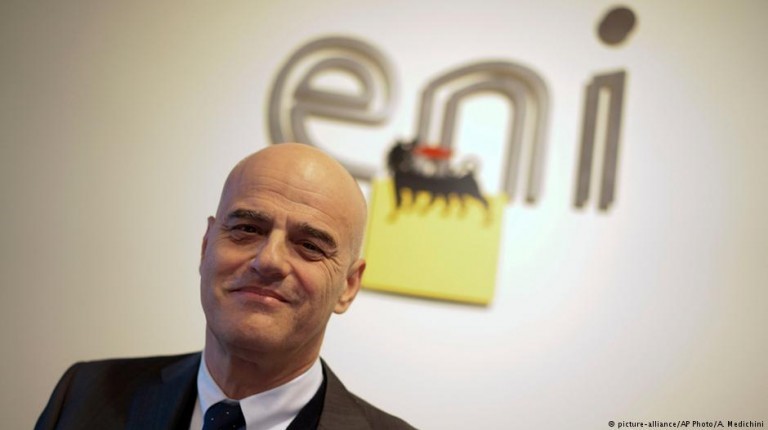 Italian energy giant Eni SpA says it has discovered the “largest ever” natural gas field in the Mediterranean Sea off Egypt. According to the company, the find could meet Egypt’s natural gas needs for decades to come.

Eni said the discovery, made in its Zohr prospect “in the deep waters of Egypt”, could hold a potential 850bn cubic metres (30tn cubic feet) of lean gas.

“This historic discovery will be able to transform the energy scenario of Egypt,” Eni CEO Claudio Descalzi (pictured above) said. The chief executive has reportedly visited Cairo to discuss the find with Egyptian President Abdel Fattah Al-Sisi.

“Zohr is the largest gas discovery ever made in Egypt and in the Mediterranean Sea and could become one of the world’s largest natural gas finds,” Eni said in a statement. “The discovery, after its full development, will be able to ensure satisfying Egypt’s natural gas demand for decades.”

The energy giant added that it would immediately appraise the field to accelerate “a fast-track development of the discovery”.

Egypt has been facing an energy shortage, and its economy is still struggling after four years of political turmoil following the overthrow of autocrat Hosni Mubarak in 2011. Descalzi said the discovery of the gas field showed that “Egypt still has great potential” energy-wise.

Eni has been in Egypt since 1954 through its subsidiary IEOC. In March, the company announced it would be investing around $5bn (€4.5bn) over four to five years to develop oil and gas resources in Egypt. At around the same time, British oil multinational BP unveiled plans to invest up to $12bn in Egyptian offshore gas fields with Russian-owned German partner DEA, including a project to extract gas from the western Nile Delta.

Subscribe to our newsletter and stay up to date with the latest news and events!