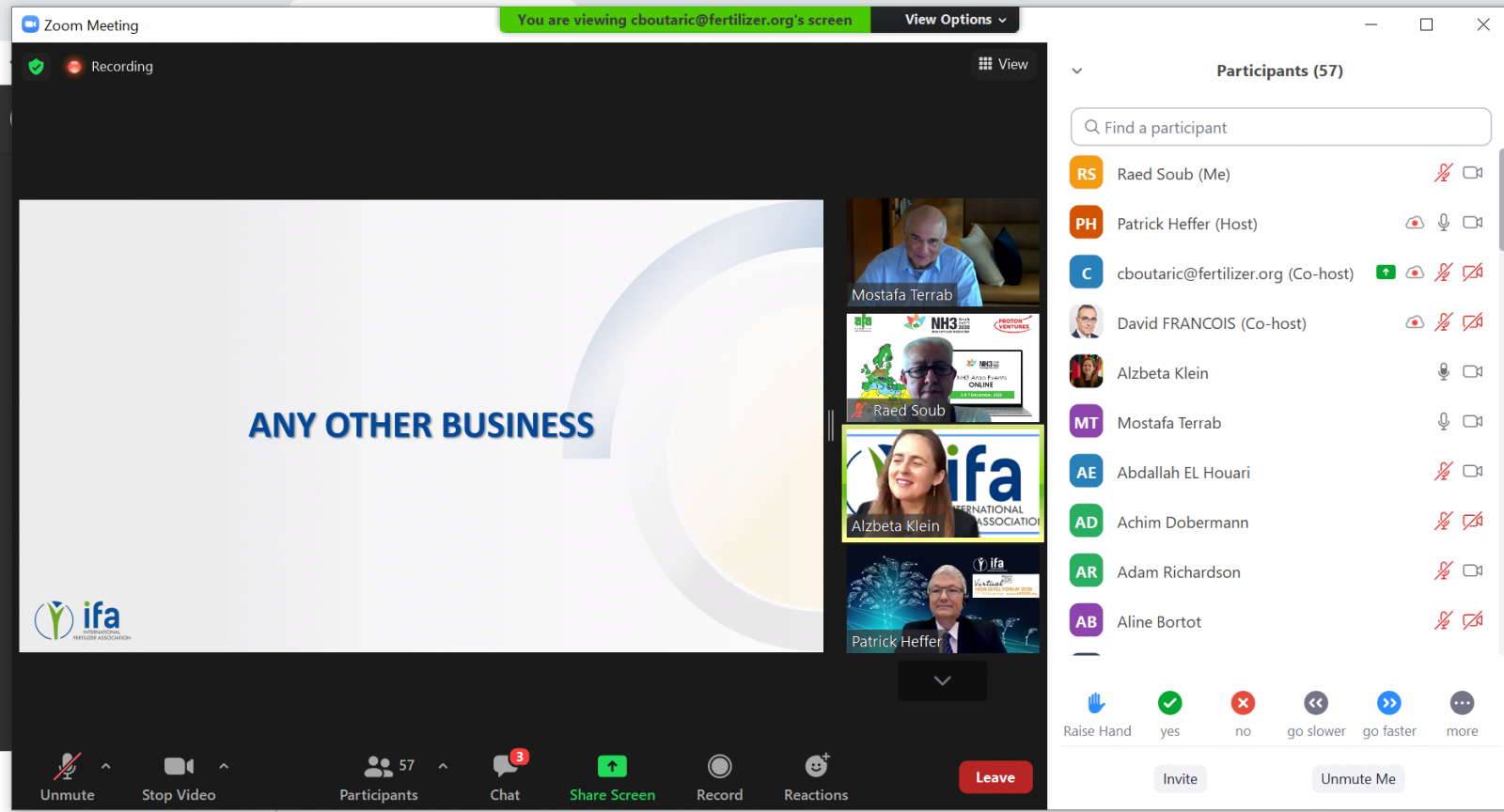 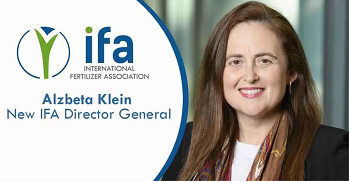 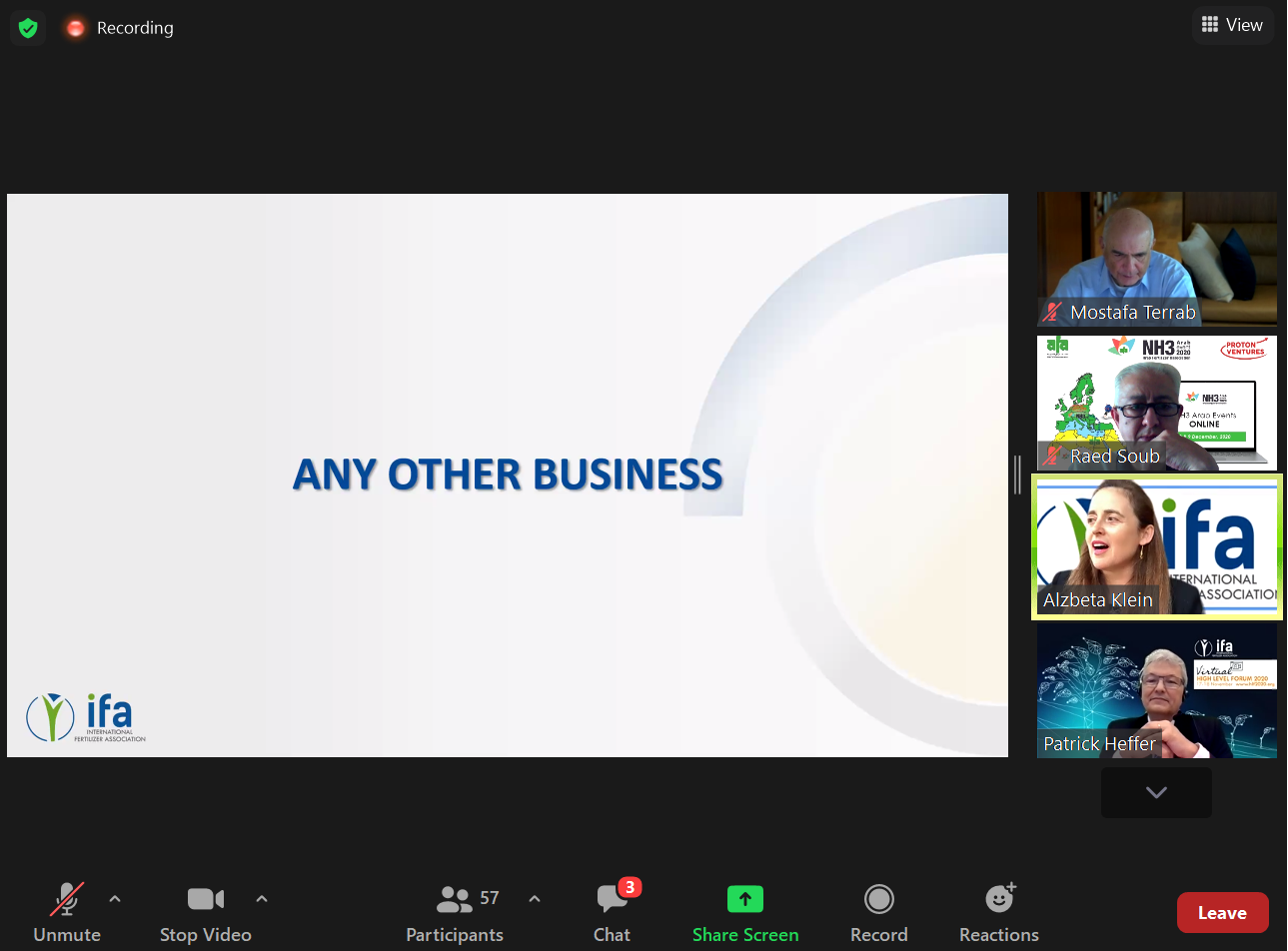 Paris, Nov 6, 2020 – IFA’s Chairman Mostafa Terrab (CEO of the OCP Group), together with the IFA Board of Directors, announced today the appointment of Ms. Alzbeta Klein as IFA’s new Director General, effective January 11, 2021.

Ms. Klein is a global executive who brings significant finance, sustainability and emerging markets experience, most recently from the International Finance Corporation (IFC) / World Bank Group, and through her numerous board-level positions. Ms. Klein joined the World Bank Group in 1997, after several years at Export Development Canada. She progressed through the ranks, with positions of the Chief of Staff to the CEO of IFC, Global Co-Head of Industrials and Agribusiness, Global Head of Climate Business and other appointments, both at the headquarters in Washington DC and overseas. She served on several corporate and advisory boards of leading agribusiness companies such as Hans Merensky Holdings headquartered in South Africa, Grupo Los Grobo in Argentina, and on advisory sustainability boards of Nespresso and the New York University Stern School of Business.

A citizen of Canada and Slovakia, Ms. Klein worked in all emerging market regions throughout her career. She holds an engineering degree from Prague University, Czech Republic, a Masters’ degree in Economics from the University of Ottawa, Canada, and is a Chartered Financial Analyst. She also completed her executive education at Harvard Business School and INSEAD.

“We are delighted to welcome Ms. Klein”, said IFA Chairman, Mostafa Terrab. “We are convinced that her breadth of knowledge, as well as her global expertise in finance, sustainability and emerging markets, together with her proven leadership skills, will serve the industry well on its trajectory towards the IFA2030 vision.”

“I am excited to join IFA and help the industry execute and build upon its strategic plan and agenda, ensuring its prominent position in contributing to solving global challenges, and creating new opportunities,” said Ms. Klein.

The Board of Directors would also like to thank Patrick Heffer for his proficient management of all operations and for assuring continuity and on-going progress during his service as IFA’s Interim Director General.

Subscribe to our newsletter and stay up to date with the latest news and events!